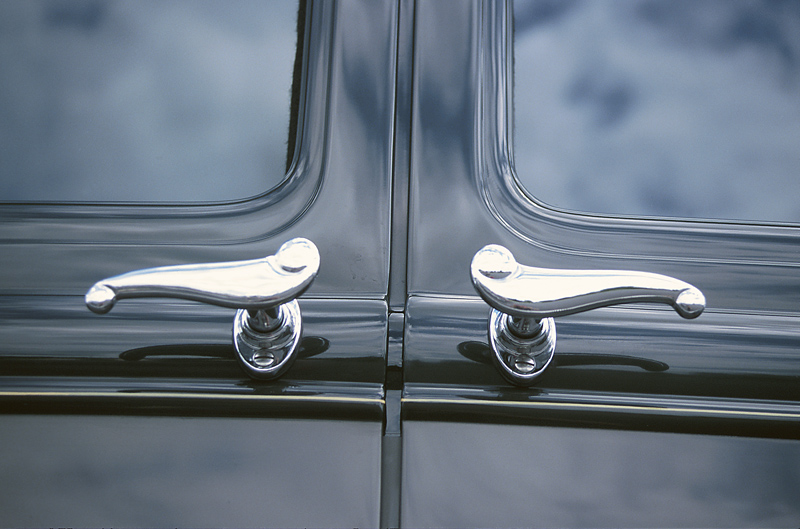 Mourning can be a strange and foreign land. It helps to have a map. The best map available is the one provided by the rituals of Jewish mourning.

I didn't have this map at twenty-four, when my mother and sister died. In the aftermath of their deaths, I became a lonely sojourner. Horrified by the suggestion of my father's cousin that I observe the Jewish mourning rituals and determined not to spend my life grieving, I grabbed my backpack and fled my hometown of New Orleans to northern California, where I had once gone to school.

My attempts at self-healing sent me on a roller-coaster ride through the human potential movement. I learned yoga, gestalt, and transactional analysis. I tended a garden, kept a journal, and attended consciousness-raising groups. Each experience taught me a lot, but I felt alone. Few people understood me. No one seemed to want to hear about the pain of my loss.

I reacted with embarrassment and anger. My life was unfocused. Sometimes I thought I was crazy. Was I the only one who had ever taken this tumultuous journey? My behavior, I later learned, was exactly like a mourner's. And the rough path toward healing was known and the journey had been eased centuries ago by the rabbis who had created the rituals of mourning.

Twenty years later, my reaction to my father's death was profoundly different, because I had this map. Upon receiving the news of his death, I ripped my garment and recited the blessing praising "God the true Judge." I then called my father's rabbi in New Orleans and made certain that the members of his congregation would perform the sacred duty of sitting with my dad's body, reciting psalms until I could get there from Los Angeles and say my final goodbye.

After the funeral, I knew how to accept the congregation's generosity. The people who had stood in prayer with my father over the course of his lifetime came to sit with me in his apartment during shiva. Twice a day for seven days they came, offering food and prayer until I had found my own voice in the words of the Kaddish and could return to my home in Los Angeles to say the mourner's prayer on my own.

When the week of shiva ended, I followed the tradition of walking around the block to re-enter the world, accompanied by members of my father's community. Strengthened by their caring and compassion, I was able to leave his house and return to Los Angeles, where I would walk the less protected path of the first year of mourning.

During that time, my own synagogue community held a place for me where I could regularly recite the Kaddish. The word "place" is of great significance; it is the name used for God--HaMakom, the Place. When the Temple stood in Jerusalem, mourners had a place--a separate gate through which they entered and continued walking along a special Mourner's Path. As they walked, they came face to face with all the other members of the community, who greeted them with the blessing, "May the One who dwells in this place comfort you. May you find God--HaMakom--the Holy place of comfort."

Those walking in the opposite direction, former mourners who had made it through, affirmed by their presence the possibility of healing. Looking into their experienced eyes, the mourners found comfort in the knowledge that one does not walk the mourner's path forever.

Those who had never walked the Mourner's Path looked into the face of grief and learned that death and loss are part of life. Knowing that someday they too would walk this path, they could prepare themselves for that eventuality. They realized also that, when that day came, they would not be alone; they would walk in the company of other survivors.

When the Temple stood, the commonality of the various experiences of loss was publicly acknowledged. Others joined the mourners on the path. For it was understood that economic reverses, personal illness, relocation, and the illness of someone close required attention similar to that given to mourners. As it says in the Talmud: "Who are they who circle to the left? A mourner, an excommunicant, one who has someone sick at home, and one concerned about a lost object" (Minor Tractate of Talmud: Semahot).

The existence of the Mourner's Path confirmed that it is acceptable for those facing significant loss to be out of step with others and affirmed their status as a normal part of community life. Having their experience mirrored in this holy place kept mourners from feeling invisible, unsupported, or ashamed.

Today, we do not have such places. We no longer live in small communities which share our sorrow. More often than not, we attend funerals out of state and then hurry home to a transitory community where few people share our grief. When no one around us carries the stories and memories that mirror our loss and bring us comfort, our pain becomes even more invisible. Moreover, in our society death is often seen as a failure of the medical community, something abnormal and inappropriate. The bereaved are not encouraged to take time out to walk the Mourner's Path. Having a strong reaction to a death, one which prevents the mourner from bouncing back into the normal stream of living, is seen as evidence of maladjustment, requiring the help of psychiatrists or social workers. HaMakom is hard to find.

How, then, do we reclaim the mourner's path for the Jewish community and remove the negative connotations associated with this universal life experience?

After returning to Los Angeles at the end of shiva, I continued to wear the cut black ribbon given to me at the funeral. It was the only visible sign of the profound change in my life. This practice has roots in the Jewish tradition of keriah, in which a person rips his or her garment upon hearing the news of the death of someone he or she will mourn. As it says in the Shulchan Aruch: "...all garments must be rent opposite the heart...for the mourner has to expose the heart." (Kitzur Shulchan Aruch: 195:3-4)

After the completion of sheloshim, the first month of mourning, I was reluctant to remove the ribbon, not wanting to hide my heart. I appreciated the compassionate nods of recognition I had received from those who understood the significance of my little ribbon. Their silent deference, their awareness of my status as a mourner continued to provide reassurance, help me stay connected to my feelings, and focus on my griefwork. I felt acknowledged as one walking an ancient and venerable path. Gone was the shame and embarrassment I had felt twenty years earlier.

Wearing these visible marks of mourning helps guide the process of healing. Some people will bring comfort through gently acknowledging the significance of the ribbon. Others may ask the ribbon's meaning and give the mourner a chance to tell his or her story. All of these responses give the bereaved validation and solace.

Ironically, being marked as different makes it easier for the mourner to return to the mundane tasks of everyday living. Visible ribbons give mourners relief from the incongruity they feel when their inner experience of grief is masked by the persona they feel obliged to present to a community that is unaware of their loss. Without the burden of covering up their sense of brokenness, mourners are able to attend to their deeper emotional and spiritual needs.

After a while, people begin playing with the ribbons. They weave them into their jewelry, wrap them around their buttons, and finger them as comforting talismans. In those actions the experience of mourning begins to change. It shifts from a static state to an active, creative process--a kind of dance.

Indeed, mourning is a dance. It is a dance that has been choreographed over the millennia by everyone who has passed through the mourner's path. By making loss and bereavement visible, we can fulfill the psalmist's promise: to turn mourning into dancing.

Anne Brener, the author of Mourning and Mitzvah (Jewish Lights Publishing, 1993), leads workshops on grief, healing, and Jewish spirituality, and consults with synagogues and other organizations on creating healing communities. A graduate of the HUC-JIR School of Communal Service, Anne is a member of Temple Israel of Hollywood, CA.