The Purim Story: Meet the Characters

Learn about the fascinating cast of characters featured in the Purim story. 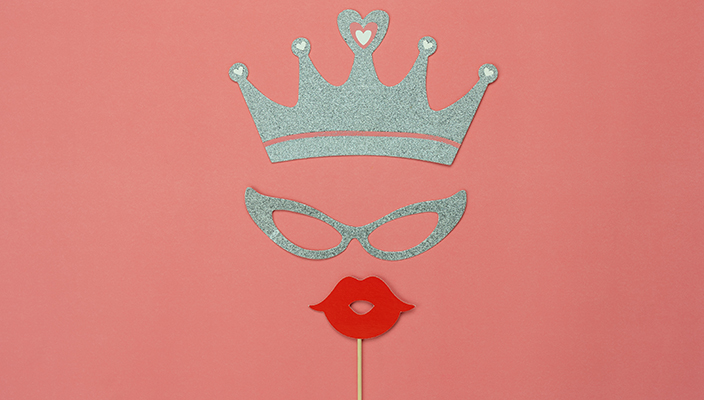 The Purim story presents us with a fascinating cast of characters. A misguided king, an evil adviser, a wise cousin behind the scenes, and the brave heroine who saves the day – there’s something for everyone in this tale. But it’s not just a story about people who may have lived long ago. These characters also show us timeless examples of ego, power, dignity, humility and bravery, and hold plenty of lessons for our modern lives.

King of Persia (modern-day Iran). When his queen, Vashti, refuses to entertain guests at the king’s feast, he banishes her. Young women from throughout the kingdom are brought to the king to be considered, and Ahashverosh chooses Esther as his new queen.

A powerful king, Ahashverosh expects everyone to obey him unquestioningly. When his queen, Vashti, refuses to appear at the king’s feast to show off her beauty to his guests, he listens to his advisers and banishes her. When the king’s main adviser, Haman, tells the king that the Jews are disloyal (because they won’t bow to the king or Haman), he agrees to Haman’s plan to kill all the Jews. But in the end, Mordechai’s loyalty and Esther’s bravery help the king to see that it’s actually Haman who is more of a danger to the king. Ahashverosh allows the Jews to defend themselves from Haman’s soldiers, and orders Haman to be hung on the gallows intended for Mordechai.

While little is said in the Book of Esther about Vashti, there is much speculation about her in later writings. Some early commentators suggested that she was wicked and vain. But more modern commentaries see Vashti as an independent-minded, courageous woman, protecting her dignity and self-respect by refusing the king’s demands.

Hero of the Purim story. A young Jewish girl living in the capital city, Shushan, she is chosen by King Ahashverosh to be his new queen. She doesn’t tell him, however, that she is Jewish. Finally, when the lives of all the Jews of Persia are in danger, Esther reveals herself, and the king agrees to save the Jews in order to save his queen.

Esther is an icon of faith and bravery in Jewish tradition. When Mordechai asks her to go to the king and plead for her life, and the lives of all the Jews in Persia, she is terrified, because to approach the king without an invitation meant a possible death sentence. But she agrees to go, understanding that she is uniquely placed to be able to help. As Mordechai explains to her, “Perhaps you have become queen for just such a moment” (Esther 4:14).

Esther’s cousin, who raised her after her parents died. He saves the king’s life when he overhears a plot against the king. Mordechai also incurs the wrath of Haman by refusing to bow to him, which leads Haman to plot to kill all the Jews of Persia.

Mordechai is considered a wise, humble and righteous man. He wants Esther to conceal her Jewishness when she first becomes queen, to make sure she establishes a good relationship with the king, but then encourages her to reveal it at just the right moment to save her people. He saves the king’s life, not for a reward, but because it’s the right thing to do. And he refuses to bow down to Haman, maintaining his religious practice even in the face of danger. At the end of the story, Mordechai is rewarded for his faith and wisdom.

The king’s vizier (chief adviser). Haman wants everyone in the kingdom to bow down to him, but Mordechai refuses. This leads Haman to decide to kill all the Jews, and he convinces the king to allow the plan. Only the intervention of Esther prevents Haman from carrying out his plan, and Haman is instead hung on the gallows he had erected for Mordechai.

Haman is one of the most villainous characters in Jewish history. A greedy, vengeful, and vicious advisor to King Ahashverosh, he only seeks to increase his own wealth, power and influence (generally at the expense of everyone else around him). Haman is also said to be a direct descendant of Agag, king of the Amalekites. The Amalekites attacked the Israelites as they were leaving Egypt (see the Passover story), and have become symbolic of all the enemies of the Jewish people, so for Haman to be related to Agag connects him directly to centuries of violence and persecution of the Jews.

As you prepare for Purim, take our fun holiday quiz to find out which character in the Purim story you're most like.