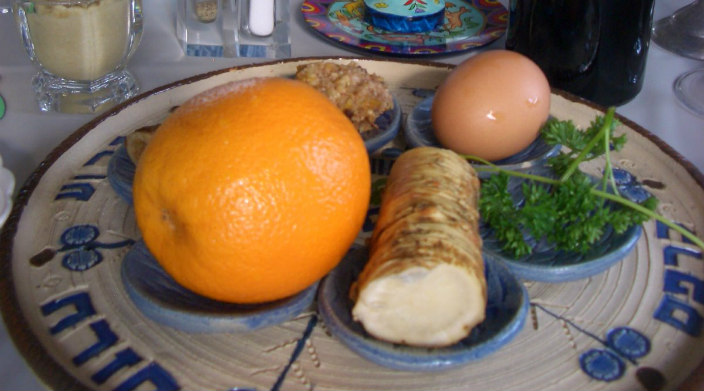 Passover is perhaps the most widely observed holiday of the entire year, and many families have long-standing, beloved traditions that have been passed down from generation to generation. But the heart of the holiday is telling the story of the Exodus from Egypt, and both old and new traditions are equally welcome in the celebration! The teaching of this story, which is so central to Jewish life and history, can be customized for all ages and learning levels, and getting everyone involved is always encouraged, so use your imagination, and the many resources available, and create a holiday celebration that’s perfect for your family and friends.

Passover, along with Sukkot and Shavuot, is one of the Shalosh R’galim, or Three Pilgrimage Festivals, major holidays during which people in ancient times gathered in Jerusalem with their agricultural offerings. There are several mitzvotmitzvahמִצְוָהLiterally, “commandment." A sacred obligation. Jewish tradition says the Torah contains 613 mitzvot Mitzvot refer to both religious and ethical obligations.  unique to Passover, which are evident in the customs and rituals of the holiday to this day: matzahmatzahמַצָּהUnleavened bread eaten during the seder that symbolizes the hurried departure of the Israelites from Egypt. Eating matzah is obligatory only at the seder. During the rest of Pesach, one may abstain from matzah as long as all chametz is avoided; plural: matzot ; marormarorמָרוֹר"Bitter;" the bitter herb or vegetable (i.e., horseradish) eaten during the seder to symbolize the bitter plight of the enslaved Israelites. ; chametzchametzחָמֵץFoods not eaten during Passover. Chametz typically includes leavened bread or any food that contains wheat, rye, barley, oats, or spelt, unless production has been supervised to ensure that it has not leavened. ; biur chameitz (removal of leaven from the home); and the HaggadahHaggadahהַגָּדָהLiterally, “telling.” This is the Jewish text that sets forth the order of the Passover seder. Plural: Haggadot.  .

The seder is the centerpiece of any Passover experience. A seder is a festive meal that takes place on the first night (and in some families also on the second night) of the holiday. Family and friends join together to celebrate. The word seder literally means “order,” and the Passover seder has 15 separate steps in its traditional order. These steps are laid out in the Haggadah. Many congregations hold a community seder during at least one night of Passover. There are also synagogue services held on the first day of the holiday, and YizkorYizkorיִזְכֹּר"Remember;" memorial service held on Yom Kippur and on the last day of Pesach, Shavout, and Sukkot.  services held on the last day.

The 15 steps of the seder can be summed up by this Hebrew rhyme:

Listen to the "Order of the Seder," based on the ancient Babylonian chant (sung by Cantor Kathy Barr).

Each of these 15 steps is summarized and explained below:

The seder has a number of biblical origins for its customs. Exodus 12:3-11 describes the meal of lamb, unleavened bread, and bitter herbs which the Israelites ate just prior to the Exodus. In addition, three separate passages in Exodus (12:26-7, 13:8, and 13:14) and one in Deuteronomy (6:20-21) emphasize the duty of parents to tell the story of the Exodus to their children.

The seder plate contains various symbolic foods referred to in the seder itself. The contents of a seder plate vary by tradition, but most of them contain a shankbone, lettuce, an egg, greens, a bitter herb, and charoset.

These symbolic foods should be placed near the leader of the seder. During the course of the seder, they are pointed out and explained:

On the seder plate (use either a special one for this purpose or a regular dinner plate), include:

Also place on the table:

Along with these traditional symbols, families may choose to include a Cup of Miriam, Kos Miriam, a special goblet filled with water, on the holiday table. This symbol honors Miriam, the sister of Moses, who played a vital role in the history of our people. Many families and congregations add an orange to the seder plate, too, as a symbol of inclusion of the LGBTQ+ community and others who feel marginalized in Jewish life (not, as the story has often been told, as a symbol of women in the rabbinate).

The Haggadah (plural is haggadot) contains the text of the seder. There are many different haggadot: some concentrate on involving children in the seder; some concentrate on the sociological or social justice aspects of Passover; there are even historical haggadot and critical editions.

The afikoman is half of the middle matzah that is broken in the fourth step of the seder, yachatz. It is customary to hide the afikoman, and the person who finds it gets a prize! The afikoman is eaten last of all at the seder, during step 12, tzafun.