"I Will Be What I Will Be": Finding a Jewish Path in Emerging Adulthood 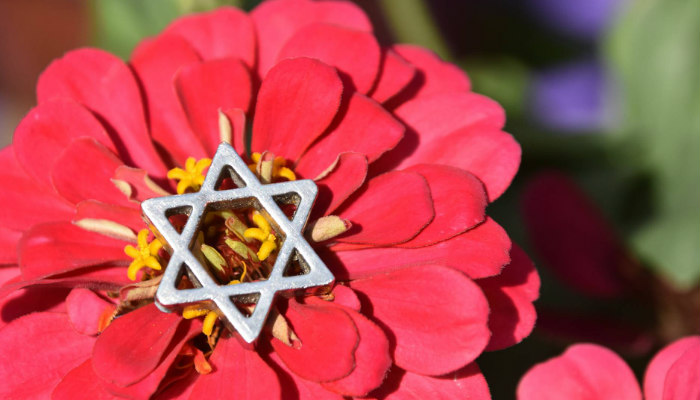 As a Jewish autistic, bisexual, transgender woman, “I will be what I will be” is something I have had to tell many people throughout my life, as they have questioned, judged, mocked, and discriminated against me for who I am. I feel, though, that my journey into Judaism has empowered me like none other, and has given me the strength to persevere over the challenges I have faced in my life – ultimately leading me to my current path of rabbinic study at Hebrew Union College-Jewish Institute of Religion (HUC-JIR).

My Jewish journey begins in 1996, when I was born into an interfaith family from a secular Ashkenazi Jewish mother and an Italian-American Catholic father. At 2 years old, I was diagnosed with autism by my pediatrician. At 6 years old, I began to realize that I wanted to be a girl, though I wouldn’t learn about transgender people until I was 11.

My childhood was challenging. Due to my autism, I was always seen as different from other kids; I also didn’t understand why my teachers wanted me to play with the boys and not the girls. I spent much of my younger years alone, as I couldn’t figure out how to make friends or follow social cues. I also had an abusive, homophobic, and transphobic father who made me afraid to come out as transgender or bisexual, so I mostly stayed in the closet until college.

Growing up, I didn’t have much exposure to Judaism. There were no synagogues in my town, and my parents weren’t really interested in raising me with any sort of religion. I only knew of maybe a couple other Jewish families in town. We did Hanukkah for some years, but that was about the extent of our Jewish practice at the time. My family also carried the cultural burden of internalized antisemitism, because when my mother’s family immigrated to the states, they mostly wanted to hide their Jewish identity in favor of their American identity.

Because of these factors, I didn’t have the childhood experiences that many associate with Judaism. In my youth, I had no religious education, no summer camp, no b’nai mitzvah, and very little idea about what Judaism actually was. Still, I don’t regret not having had those experiences, because becoming Jewishly involved as an adult gave me the maturity to embrace all of the complexities and questions of the Jewish experience.

Freshman year at UC Davis was my first real introduction to deep Jewish practice. My sister, who attended the same university, told me I should go check out Hillel and go to a Shabbat service. I hadn’t really been to one before, but I figured I might as well try new things and reconnect with my Jewish identity.

After the service, I fell in love. I even started humming niggunim (wordless tunes) in the dorm showers. I started coming back week by week and received compliments on my voice when I sang along. Eventually, the folks at Hillel pushed me to be more involved, and by the end of freshman year, I was giving divrei Torahd'var Torahדְּבַר תּוֹרָה“Word(s) of Torah.” (pl. divrei Torah). A brief oral teaching to the congregation which explores themes of the Torah portion or other Jewish content. In many communities, a child celebrating b'nai mitzvah (bar/bat mitzvah) will prepare and deliver an original d’var Torah during the worship service. and spending a lot of my time there.

College was also a much more transgender-friendly environment, so I started dressing as a girl part-time before I came out publicly the following year. The first time I walked into Hillel wearing a dress, the staff and students there were kind and respectful and made me feel welcome there. Later, I would learn that my coming out as transgender at Hillel made the space safer for other LGBTQ+ Jewish students there, who then felt more comfortable being out at Hillel.

That summer, I went to Israel with my sister on Taglit-Birthright Israel trip and, at the age of 19, had my bat mitzvahbat mitzvahבַּת מִצְוָהCeremony marking a girl's reaching the age of religious maturity; plural: b'nei mitzvah. . The following year, I began taking hormones and medically transitioning, coming out as transgender later that year. Other than my father, most people, thankfully, turned out to be accepting. It was around this time also that I turned to Judaism to find the strength to handle transitioning, and finding my spiritual path helped me in this regard.

I became even more involved in the Jewish community, and in part because of my autism, Judaism became my biggest special interest; I was able to teach myself how to lead a service just by watching other people lead. Eventually, I made a lot of friends at Hillel and became the primary leader of services there. I also took Hebrew classes, attended a Reform synagogue outside of Hillel, and went to Torah study there, as well, in order to increase my Jewish knowledge. They even hired me as a religious school teacher for fourth and fifth grade.

One day, I a friend suggested I become a rabbi. At first I was puzzled… but then it started to make sense. I got more information about what rabbinical school would entail and realized that becoming a rabbi was my true path. After a long and arduous application process, I finally was accepted into HUC-JIR. I began my first year rabbinical school in Israel, and although it was cut short due to the coronavirus, it was a formative and unforgettable experience.

While it has sometimes been difficult, my life experience has taught me to be a more loving, tolerant, compassionate, and forgiving person. I’ve learned that for me, the best way to respond to criticism of who I am, and also to respond to the compliments I receive, is to tell people that in the end, I will be what I will be.

This piece was originally published as part of Women of Reform Judaism's "Sharing our Stories" series where Reform/Progressive Jewish women in North America and around the world share personal stories of sisterhood, spirituality and social good – in an effort to help us create connections and better understanding of each other, our shared values, goals and challenges, to share what we have in common as Reform/Progressive Jewish women, and also explore our own unique identities as citizens of different cultures. 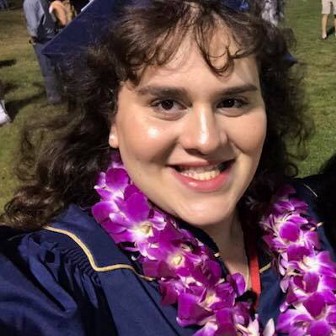 Aria Caligiuri is a transgender autistic bisexual Jewess who loves nature, art, music, and spirituality. She is studying to become a rabbi at Hebrew Union College-Jewish Institute of Religion.