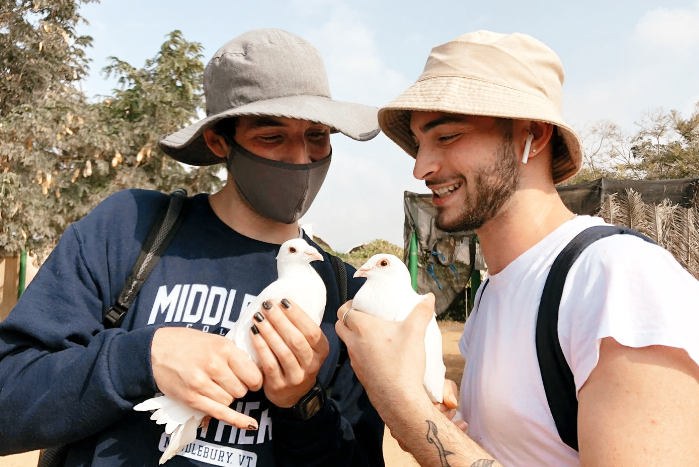 The remember clearly first conversation I had with Rabbi Josh Weinberg. It was my first year on staff at URJ Olin-Sang-Ruby Union Institute (OSRUI), a Reform Jewish summer camp in the small town of Oconomowoc, WI, and he was my rabbi for a seven-week Hebrew immersion program. Holed up in a little laundromat at 9 p.m. on a Tuesday, I sat down next to him, and we started to talk about life.

In a few weeks, I would be starting my senior year of high school, as well as my term as president of my youth group region as part of NFTY – The Reform Jewish Youth Movement. Rabbi Weinberg, who had done both of those things long before me, proceeded to give me advice about college and NFTY leadership, as well as chirping the volleyball team I was about to play for – his childhood team’s rival.

Where I come from, a gap year just isn’t something kids do; you graduate from high school, go to college, and move into your adult life. So when Rabbi Weinberg started to explain to me his role as executive director of the Association of Reform Zionists of America (ARZA), my first thought was, “Wow, this is really exciting,” followed swiftly by, “This man is trying to sell me on a gap year in Israel.”

Fast-forward a year and a half to March 2020. I had accepted my spot at Middlebury College, as well as my spot on ARZA’s slate for the 38th World Zionist Congress (WZC); I was heavily considering spending time in Israel to be able to attend the Congress in person. At the same time, though, coronavirus had started to creep into the picture, making me question what the next year would look like.

With a week left to accept my spot in Middlebury’s class, I had some really tough decisions to make. I remember the formative messages I’d read in The Fragile Dialogue, which taught me how important it is for Jews to go to Israel. I remembered the insights I’d gained on the importance of Israel-Diaspora relations from attending WZC meetings. I remembered my conversation with Rabbi Weinberg in that laundromat.

I took a deep breath, and, with a huge leap of faith, deferred my enrollment and signed up for Masa Israel’s Aardvark Israel Gap Year Program. I have been in Israel for more than five months now, and it’s clear to me that choosing a gap year here was the best decision I’ve ever made.

Now, I’m sure some of you are smiling and thinking, “I’ve heard that before.” For all I know, you have. That’s what any gap-year program will tell you, and on its face, it’s not the most convincing argument. I know because it wasn’t initially convincing for me, when Rabbi Weinberg told me those same words nearly two years ago.

While I am only a little over halfway done with my gap year, being here has already imparted in me the profound importance of Israel for Judaism. Whether it be a semester program during high school, a gap year before or after college, or studying abroad during college, my time here has taught me that spending time in Israel as a Jew is imperative.

Speaking Hebrew has allowed me to connect to Judaism in magical ways. Speaking to Palestinians and Israeli settlers in the West Bank has allowed me to understand the Conflict in a manner unparalleled to studying it from a book. Saying and receiving a “Shabbat Shalom” from everyone on the streets of Jerusalem and having peace every Friday to Saturday has allowed me to experience Shabbat in an unprecedented way.

Israel is our home. It was in the Torah, and it is now. It sure isn’t perfect, and it might not be around forever, but that’s exactly why we need to come. The Jewish people need those with the brightest minds and the fullest hearts to come to Israel and experience it – and I am so grateful that I heeded the call.

Immerse yourself in the richness of the land, culture, people, and history of Israel: Learn more about and register for Heller High, a Reform Jewish semester-in-Israel program for Jewish high school students, or Shnat Netzer, a gap year in Israel program that operates under the auspices of the World Union for Progressive Judaism. 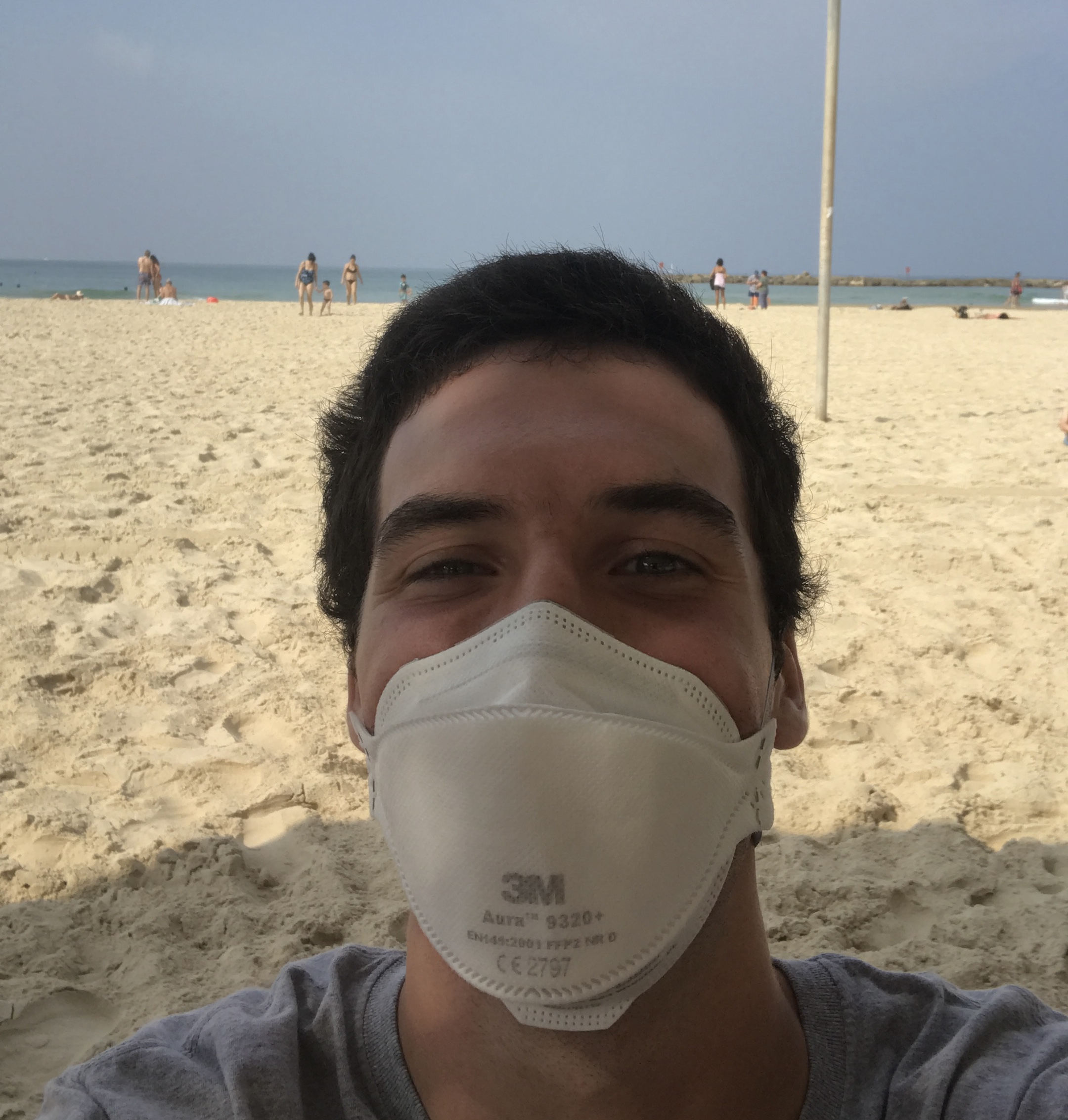 Josh Glucksman is a 19-year-old from the Chicago area and a proud Jew, environmentalist, and lover of life. His childhood involved going to URJ OSRUI and NFTY- The Reform Jewish Youth Movement, and he will always be able to call the Reform Jewish Movement home. After his gap year in Israel, Josh is planning on studying something at Middlebury College related to saving the planet... but who really knows!

END_OF_DOCUMENT_TOKEN_TO_BE_REPLACED 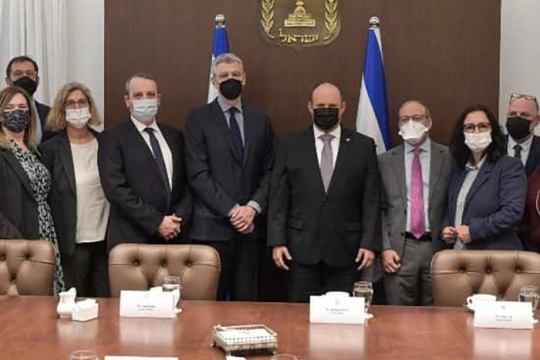 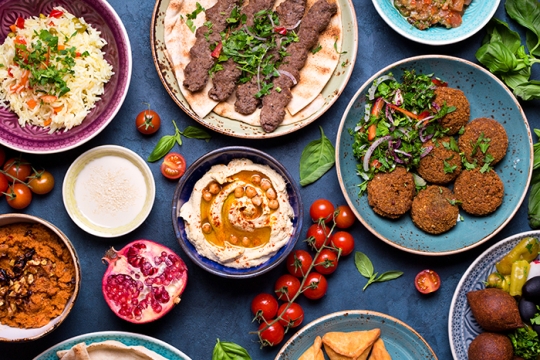 It's rare to find a documentary set in the Middle East that isn't mired in politics and discord. Rarer still is one bathed in the kind of optimism and goodwill found in Beth Elise Hawk's new film, Breaking Bread. An inside look at a three-day food festival in Haifa, Israel, pairing Israeli and Muslim Arab chefs, Breaking Bread pursues peace through the power of creating top-notch cuisine.
Israel
Image 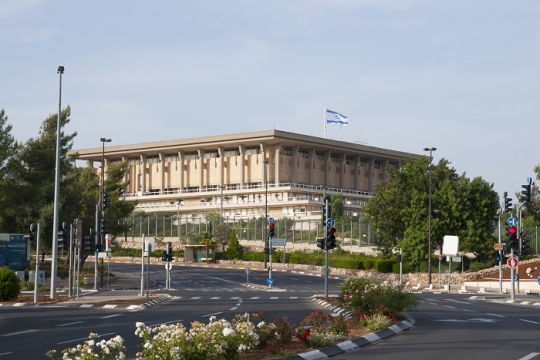