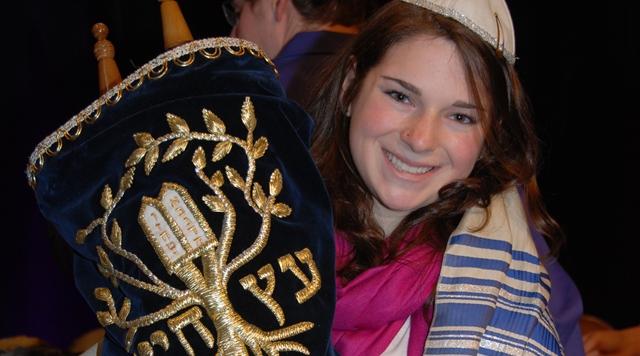 While the terms "bar mitzvah" and "bat mitzvah" translate literally as "son of the commandment" and "daughter of the commandment," they are idiomatic expressions that mean "a person who has reached the age where Jewish practice holds them responsible for adhering to the system of Jewish religious obligations." One who has reached the age of b'nai mitzvah (bar/bat mitzvah) is no longer a minor according to Jewish law and custom. Bat mitzvah is Hebrew, while bar mitzvah, historically a much earlier ceremony, is Aramaic. The word bar is the Aramaic equivalent of the Hebrew ben (son of).

Historically, bar mitzvah and later bat mitzvah represented a ceremonial recognition that a young person had reached the age when they were no longer a minor according to Jewish law and thereby took on new religious privileges and responsibilities of an adult. For boys, this age was 13, for girls, 12.

The bar mitzvah ceremony was developed as a public recognition of a legal and religious status, attained with or without the ritual. In other words, a Jewish boy of 13 years and one day automatically became a bar mitzvah even if no public ceremony took place. While the beginnings of the modern bar mitzvah ceremony appeared as early as the sixth century C.E., it was not until the Middle Ages that a fully developed ritual emerged. By the 13th or 14th century, the custom of calling a boy up to the Torah was established as the way of recognizing entry into adulthood. The bar mitzvah boy would chant the blessings, all or part of the Torah portion of the week, and/or the haftarah section from the prophetic books. The boy's father would then recite a special blessing: Baruch sheptarani mei-onsho shelazeh. "Blessed is the One who has freed me from responsibility for this boy." The bar mitzvah boy would often give a scholarly address on the Torah portion or a section of the Talmud. Then followed a gala feast, called s'udat mitzvah ("meal of celebrating the performance of a mitzvah"), to which family, friends, and sometimes the entire Jewish community would be invited. In short, then, almost all the elements we associate with the modern bar mitzvah ceremony were present by the Middle Ages.

Starting in the second or third century C.E., Jewish girls at age 12 took on legal responsibility for the performance of the mitzvot. As with age 13 for boys, 12 probably corresponded with their onset of puberty. However, girls were subject to far fewer commandments than boys. Today, liberal Jews affirm the total equality of women in terms of religious privileges and responsibilities. In the 1800s, Reform Judaism abolished bar mitzvah in favor of confirmation for both boys and girls (bat mitzvah was not considered an option at that time). Within the 19th-century traditional community, some families held a s'udat mitzvah for a daughter on her 12th birthday, with the girl sometimes delivering a talk and her father reciting the Baruch Sheptarani. The first-known bat mitzvah in North America was that of Judith Kaplan, the daughter of Mordecai Kaplan, in 1921. Reform Judaism (which had by this time reintroduced bar mitzvah) and then Conservative congregations quickly adopted bat mitzvah, though in slightly different forms.

Today in almost all non-Orthodox congregations, all chidlren mark symbolic entry into Jewish adulthood through b'nai mitzvah (bar or bat mitzvah) at age 13. Depending on the congregation, they may conduct all or part of the service, read or chant the b'rachot over the Torah (an aliyah), read a section from the Torah portion for that week, read or chant the b'rachot for the haftarah, read a section from the haftarah, and deliver a sermon.

Many congregations have created adult b'nai mitzvah programs for individual or group instruction. As a result, rabbis and cantors throughout North America have reported officiating at b'nai miztvah (bar/bat mitzvah) services for adults of all ages.