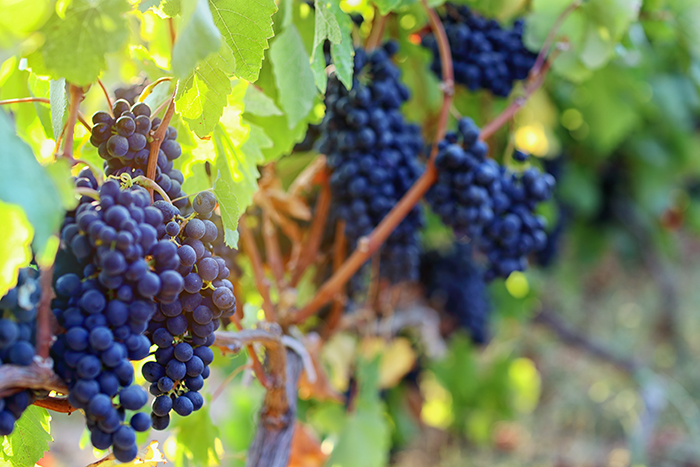 Sometimes the best vacations are those taken in your proverbial backyard, even if Israel isn’t your particular back garden. Look beyond the archeological digs, ancient cisterns and tourist sites for some of the more vacation-y fare, frequented by Israelis, but not always that well-known. We’ve gathered some of our favorites.

Israelis like their food fresh, and their produce local, a doable feat in this small country. Travel the the land-of-Israel food trail, visiting farms, orchards and enterprises that grow, make, process and produce a range of delectable foods, from berries and chocolate to cheeses and olive oil.

In the Kinneret (Sea of Galilee) region, learn about the history of chocolate at Galita, via workshops for kids and adults. Leave room for stuffing yourself with luscious confections of all kinds (including ice cream). Stop in at nearby Tamar B’Kfar at Moshava Kinneret, for dates and all their by-products, including silan, date syrup – all grown and made on the moshav.

For cheeses, head to the Ein Camonim to visit the goats, taste the cheeses and eat in the country-style restaurant. In the fall, the oil press is also open to visitors, and winter offers wild mushroom picking.

Mid-May until November is fruit-picking season in Israel, particularly in the northern reaches of the Galilee and Golan Heights. Pluck raspberries, blackberries, mulberries, cherries and all kinds of summer fruits by the bucket at a smattering of local farms.

Closer to Jerusalem, you can help with the summer fruit harvest at Melo Hatene, an organic farm near Latrun. There’s olive oil production from September until December, grape-stomping for the wine press in August and September, and honey-making in June.

Down the hill outside Jerusalem is Har Haruach, an organic goat farm near the village of Nataf. Run by Dalia and Haim Himelfarb, families can come to Har Haruach to learn about the goats, see what they eat in the forest and experience the milking. After making your own cheeses, you can take a pre-ordered picnic basket of  treats for lunch.

From Sea to Shining Sea

A famous rite-of-passage trek for many Israelis is known as the Sea-to-Sea hike, from the shores of the Mediterranean to the coastline of Lake Kinneret (Sea of Galilee) Israel’s largest freshwater lake. Some hike it, others bike it and many camp out on their adventures, although kibbutz hotels and bed-and-breakfasts are respectable options as well. This version is Sea-to-Lake-to-River (or stream), incorporating rafting on the Jordan River, kayaking in the Kinneret and swimming in the Mediterranean, in no particular order.

Depending on where you start your adventure, if you’re near the coast, take your Mediterranean dip first and then head west toward the Kinneret Lake and Jordan River. There are about four rafting and inner tubing outfits to choose from for sailing the Jordan River and about as many for the Kinneret. Be warned that Israelis often use the term ‘kayaking’ for rafts and inner tubes, although there are companies that offer real, one- and two-person kayaks on the Kinneret. During the spring and summer, the Jordan is very calm, for the best ‘white-water’ rafting; consider taking this trip in the spring, when the river is much fuller following the winter rains.

If you want to include hiking in water, consider one of several famous water hikes up north. Walk along and through the Amud Stream to the shores of the Kinneret; inside the waterfall of Ein Tina in the Golan Heights; or through the Hatzbani River in the Upper Hula Valley. There’s also Nahal Kziv nature reserve, a wonderful riverbed in the valley below the Monfort Crusader-era castle, where you can dip and hike in the spring itself.

No Wine Before Its TIme

Israel is home to more than 250 boutique wineries and wherever you drive on your vacation, you’re likely to find a winery nearby. There are wines for every palate and purse and we’ve chosen a select few.

Tulip Winery – A winery based in the northern town of Tivon, within Kfar Tikvah, a village for special needs adults, as winemaker and owner Roy Yitzhaki always knew he wanted to employ people with special needs in his venture. This is one of Israel’s largest boutique wineries and is winning accolades for its particular vintages.

Asif Winery– Vintner Ya’acov Oryah makes a wide selection of crisp white wines that are widely appreciated for their flavors, but not accepted as kosher by Israel’s rabbinate. While religously observant himself, Oryah and his wines have been blackballed by the rabbinate because of his stance against the rabbinate’s treatment of secular Israeli vintners (a much longer story), but are well worth tasting, and, it’s helpful for gaining a further understanding of Israel’s religious establishment.

Rimon Winery – Sure, there’s all kinds of grapes, but what’s cooler than wine made from pomegranates, known as the rimon in Hebrew. These are wines that not only have a wonderful flavor but have medicinal qualities as well.

Wine tours are not generally thought of as a family-friendly vacation, but Israel’s boutique wineries are scattered from north to south, and a winery stop or two can easily be integrated into several days of general touring. There’s plenty of touring to be done near Tivon, Arad or the upper Galilee, the respective headquarters for Tulip, Asif and Rimon. One more thought for wine in the Yoav Yehuda region outside Jerusalem, home to another 25 wineries: Kids will enjoy recreating the ancient wine production process by stomping on fresh grapes in the nearby Melo Hatene wine press.

The weather can always be counted on during an Israeli summer: Blue skies, blazing sun and temperatures of at least 80 degrees. That kind of heat demands water relief in more than one form, and thankfully, there is a bountiful supply. Try one of the six water parks throughout Israel, including the old favorite, Luna Gal, Israel’s first water park located on the eastern side of the Kinneret.

Once the kids have had their fun, set off for Hamat Gader, the northern hot springs that have been in use since Roman times, but significantly renovated since then. Located in close proximity to the junction of the Israeli, Jordanian and Syrian borders, the springs are fun for all ages, with several spacious mineral pools, accented with water jets, jacuzzi beds,chairs and a waterfall. Book yourself a massage while the kids snack at the café. Open until late in the evening, it’s worth making a nighttime visit to the springs, especially during the winter for the unique experience of cold air and warm water.

Two other options: In the midst of a grove of olive trees, on the southern border of the upper Galilee, is a hidden pool that’s part of Kibbutz Moran. For another secret dip, take a ride on the Jerusalem-Tel Aviv Road to the Mesilat Zion pool located in a forest, where parents can sit calmly while the kids have fun in the pool as as well as in the fairground-like park that includes bouncy castles, bumper cars, and other kid attractions. Camp out and take advantage of night hikes and swims, under the moonlight.